Is It Dirt Or Is It Soil?

What many think of as “just dirt” is actually a complex mixture of minerals, plant-derived organic matter, dissolved nutrients, gases and a rich food web of interacting microbial organisms.

Our soils are under attack from drought, flood, rising temperatures sunlight, wind, compaction from heavy machinery, tilling of the land, man made chemical fertilizers, pesticides, and herbicides that have created chemical resistant pests that require a myriad of chemicals to try eradicate.

All the factors in the previous paragraph have contributed to soils that cannot absorb, hold and redistribute our rainfall so we get serious runoff into our streams rivers lakes and seas the runoff carries with it valuable topsoil along with your expensive chemical fertilizers that create pollution that effects marine life sometimes creating dead zones in fact the gulf of mexico at the mouth of the Mississippi has the largest dead zone anywhere on the planet some 8,776 square miles.

Soil organic matter is critical, it helps soils hold onto water and nutrients and supports soil microbes that recycle nutrients.

Loss of soil organic matter has made many farms increasingly reliant on fertilizers, pesticides and herbicides.

Research has shown adding organic material back to soils helps restore them but we must also enhance the microbes that are responsible for soil formation.

Our extensive research suggests that by fostering an efficient and active soil microbial community, we can accelerate soil regeneration far beyond typical rates seen in nature.

There are two main types of fertilizers, organic and chemical. As the name suggests, organic fertilizers come from organic sources such as animal manure and plants.

Most organic fertilizers are hit-and-miss affairs unless processed carefully, in which case they tend to be expensive. Chemical fertilizers come from inorganic materials, which undergo chemical treatments.

The formulations are precise and deliberate, and many are sold the story that chemical fertilizers give farmers more control over their crop production at the right price. What they aren't told is that whilst chemical fertilizers do allow farmers to produce increased yields in the short-term in comparison to not using fertilizer, their continued use will lead to fewer or poor quality crops in the long term.

Microbial soil enhancers are very different, taking the most productive microbes and fungi to help save your soils, help with drought tolerance and runoff. GrowPro reduces your input prices and helps you on your way to a brighter more sustainable climate smart future.

Wellcrop have trialled GrowPro with the Zambian Agriculture Research Institute both in the lab and in long term field tests.

We have independently tested on farms from 1 Lima to 5 hectare test plots and the product now has a proven track record. GrowPro is now being used on horticulture and winter wheat crops on farms across Zambia, Malawi and the DRC.

GrowPro offers a Climate-Smart alternative to chemical fertilizers. It helps create an absorbent soil as it makes the natural minerals available to feed the plant roots. This encourages deeper, fuller root systems, creating a habitat for earthworms and other creatures, helping recreate the life cycle of soils that years of fertilizer use has eroded or killed.

GrowPro is also an organic solution supplying billions of microbes that come to life upon dilution or wetting. The microbes adhere to the root structure forming a community that will not be washed away, so you are able to treat once a season knowing your fields will be populated as the microbes multiply exponentially.

There is now strong evidence that that the most persistent forms of soil carbon are formed primarily from dead microbial bodies rather than from leftover plant parts.

Feeding the soil by feeding microbes

Microbes can take a simple compound like sugar and transform it into the thousands of complex molecules found in soils.

When microbes break plant matter down, they use some of the material they consume for building new biomass – that is, to fuel their own growth – and exhale the rest as carbon dioxide.

The efficiency with which they create new biomass varies widely. Our scientists fuse mycorrhiza fungi with hardy microbes that waste little and are able to survive times of starvation or stress.

Soil sequestration is now being investigated and once our program is able to verify and validate carbon credits we will be on the way to having carbon farming accreditation available to all of our GrowPro farmers. There will also be the added bonus of farmers being paid for use of their soil through climate smart GrowPro on our carbon credit trading platform.

Zambia Farmers Be The Best You Can Be

Do Not Kill Your Soil 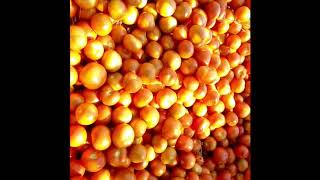 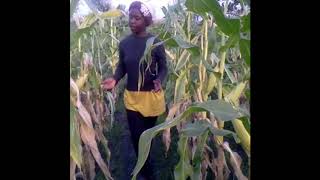 Death by fertilizer, Nitrogen Fertilizer Is A Disaster

No Lies GrowPro Is The Real Deal